You may be either a victim of crime or a witness to the crime. Well, it is not easy to come forward. But, if no one reports crime to the Police, criminals commit more crime, damage more property and finally justice is denied forever.It’s also important to report crime for your own sake as getting a crime number from the police will trigger the investigation.

How to report a crime?

If you do not see any policeman, then…
Dial 100 (Any Phone) or Dial 112 (from your Mobile) or 040 - 27852333 or 23261166
In an emergency or if you are facing immediate threat, dial 100 and ask for the police help. Information you give will be passed on to the local police without any delay. It’s always better if you give your contact number to the control room to guide the police patrols.

Going to your local police station :
At the police station you will be asked to provide details of the crime and make a statement about the facts of the case. Depending on the contents of your complaint, Police will register a case under relevant sections. If you find the response at the police station inadequate, you can always contact divisional and zonal officers. Contact us

You’ll receive a FIR Number (crime number) that you can quote to find out about the progress of your case and to make any kind of claim.

It is not compulsory that you should give your identity when you report crime to police.

You can always convey the details you know about crime by dialing to local police station or write letters to police officers or send emails
Please Remember :

SHO stands for 'Station House Officer'. The rank insignia for a SHO is three stars, and a red
and blue striped ribbon at the outer edge of the shoulder straps.
His ranking is above a Sub-Inspector and below a Deputy Superintendent of Police (DSP).To clarify further 'Station House' is a synonym for "Police Station', and SHO is incharge officer
of a Police Station in India.

In a Police Station, the Inspector is the SHO or Station House Officer.

OUR REQUEST TO THE PUBLIC
1.      Inform the local police about persons living in the area without any regular means or livelihood and living a lavish life or persons involved in any type of nefarious activities.
2.      To inform the local police about any suspicious activities which could adversely affect their safety and security.
3.      The particulars of the domestic help and the tenants must be sent to the local police for verification.
4.      To observe traffic rules, follow the lane system and cooperate with the Traffic Police for smooth mobility and for avoiding inconvenience to others.
5.        Do not touch or lift any suspicious object; inform the PCR.
6.       Adopt various home security and vehicle safety measures advised by the local police to prevent thefts and other crimes.
7.       Assist the local police in all possible manners for prevention and detection of crime and to maintain law and order.

Email ThisBlogThis!Share to TwitterShare to FacebookShare to Pinterest
Labels: After Arrest, Police

Welcome to the Blog about Hyderabad Police


The purpose of this blog is to make announcements, create a database of information which enable the citizens of Hyderabad and Cyberabad City make informed decisions with respect to Role of Police, Activities of Police, Crime, Law and Order and other General Queries. This blog has no association with Hyderabad Police and is maintained by third party with the use of information available Online and in news.

We hope this blog addresses your queries to the best possible extent. 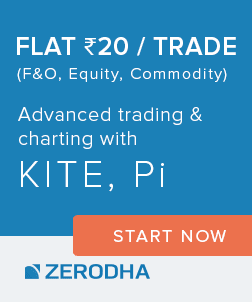